Have questions about COVID-19? Click here to learn more from the Government of Canada. 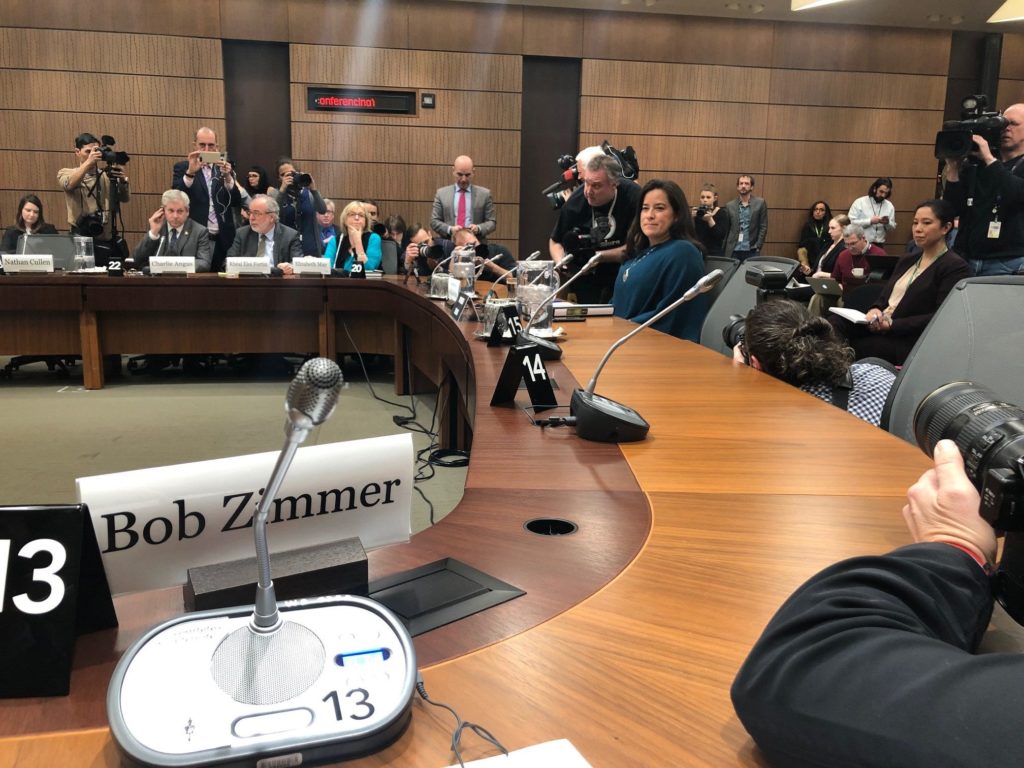 OTTAWA – Bob Zimmer, Member of Parliament for Prince George-Peace River-Northern Rockies and Chair of the Standing Committee on Access to Information, Privacy and Ethics, issued the following statement regarding the testimony of former Justice Minister and Attorney General Jody Wilson-Raybould at Justice Committee:

“I was in the room when Ms. Wilson-Raybould gave her testimony and being that close you could hear the emotion in her voice as she described the sustained and escalating pressure she endured from the Prime Minister, the Prime Minister’s Office, the Clerk of the Privy Council, and the Office of the Finance Minister to change her mind and interfere in the SNC-Lavalin criminal case.

“The events and conversations laid out by Ms. Wilson-Raybould are not only shocking but corrupt and speak to a Prime Minister who has lost all moral authority to govern.

“The Prime Minister must resign and the RCMP must immediately open an investigation into the examples of obstruction of justice the former Attorney General gave in her testimony, as well as those she was unable to speak about.

“There are still many unanswered questions. Unfortunately, the Prime Minister has forbidden Ms. Wilson-Raybould from discussing her resignation from cabinet, the presentation she gave to cabinet after her resignation, or discussions she had after being fired as Attorney General. There are also questions surrounding alleged political interference in the criminal case against Vice-Admiral Mark Norman.

“I firmly believe that the law should apply equally to everyone, regardless of who you are or where you come from. Canadians deserve answers and not a government that continuously keeps them in the dark while attempting to bend the rule of law to benefit their friends.”