MP Zimmer Challenges AggregateIQ To “Do the Right Thing” 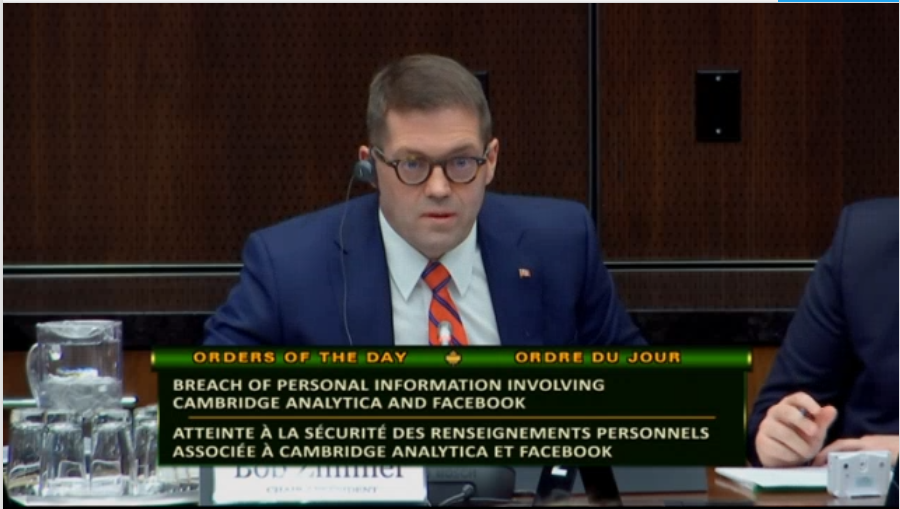 OTTAWA – “I just would say as the chair of this committee, I think we are all saying the same thing, we are all concerned. Something doesn’t smell right here and I would challenge AIQ to do the right thing,” said Bob Zimmer, Member of Parliament for Prince George-Peace River-Northern Rockies and Chair of the Standing Committee on Access to Information, Privacy and Ethics, summarizing two hours of questioning from Members of the committee to executives of the BC-based political campaign software company, AggregateIQ,

Zackary Massingham, Chief Executive Officer of AggregateIQ, and Jeff Silvester, Chief Operating Officer of AggregateIQ, testified as part of the committee’s study on a breach of personal information involving Cambridge Analytica and Facebook. AggregateIQ had been accused by whistleblower Chris Wylie of misusing personal data obtained from Facebook through their role as political consultants.

Mr. Zimmer questioned both Mr. Massingham and Mr. Silvester on accusations from Mr. Wylie, saying, “I think a lot of us are concerned about third party influence and we have certain laws about spending limits in campaigns. This is a quote from Mr. Wylie, ‘AggregateIQ was just used as a proxy money laundering vehicle’. So, was AggregateIQ a proxy money laundering vehicle for the pro-Brexit campaign as Mr. Wylie said?”

Both Mr. Massingham and Mr. Silvester denied these allegations.

Mr. Zimmer also questioned the AggregateIQ executives on their role in alleged illegal coordination between pro-Brexit advocacy groups, asking, “Were you ever part of or involved in coordinating or organizing multiple clients ads for the same or similar campaign? Yes or no?”

Again, both executives denied the allegations.

The committee’s study continues, with whistleblower Mr. Wylie recently agreeing to appear before the committee to testify at a future meeting.