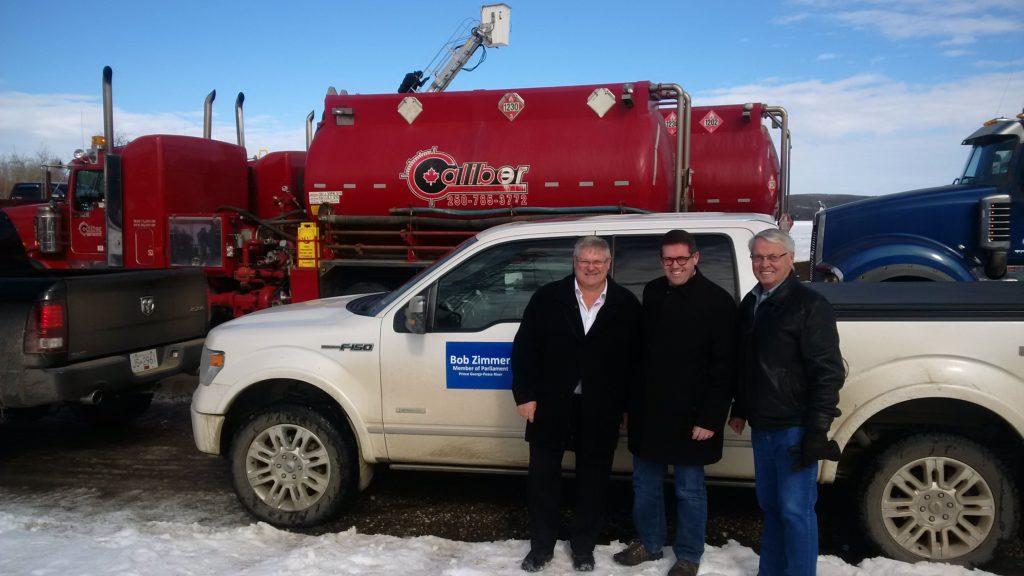 “Today I once again call on the Prime Minister and the Liberal Cabinet to do the right thing and say yes to B.C. LNG. It’s the right thing to do for the Peace Region, for British Columbia, for Canada, and for the global environment,” Mr. Zimmer said to the crowd after travelling with a convoy of hundreds of LNG supporters to get to the rally.

Alan Yu, founder of FSJ for LNG, then presented Mr. Zimmer with a petition signed by hundreds of local residents in support of LNG which he will be taking back to Ottawa.

The rally in Fort St. John was held in conjunction with pro-LNG rallies in Fort Nelson and Terrace, both of which also saw local residents, small business owners and First Nations leaders come out in strong numbers to show their support.

Mr. Zimmer later offered his congratulations to the organizers of all three rallies for their hard work and dedication to ensure that the collective voices of strong support for LNG in Northern BC is heard.

Mr. Zimmer continues to be a strong supporter of the responsible development of Canada’s natural resources. Most recently, Mr. Zimmer spoke in the House of Commons of the importance of B.C. LNG to the economy and to the environment.

“…the Pacific NorthWest LNG project has gone through a highly rigorous environmental review process, as we all know, which it passed,” said Mr. Zimmer in his statement. “…This LNG project would create thousands of high paying jobs in B.C. and Canada; billions of dollars in tax revenue; and would reduce global pollution. If the LNG projects in B.C. are completed, Asia would see a massive reduction of emissions and be a positive for our global environment. People around the globe would breathe cleaner air because of B.C. LNG.”