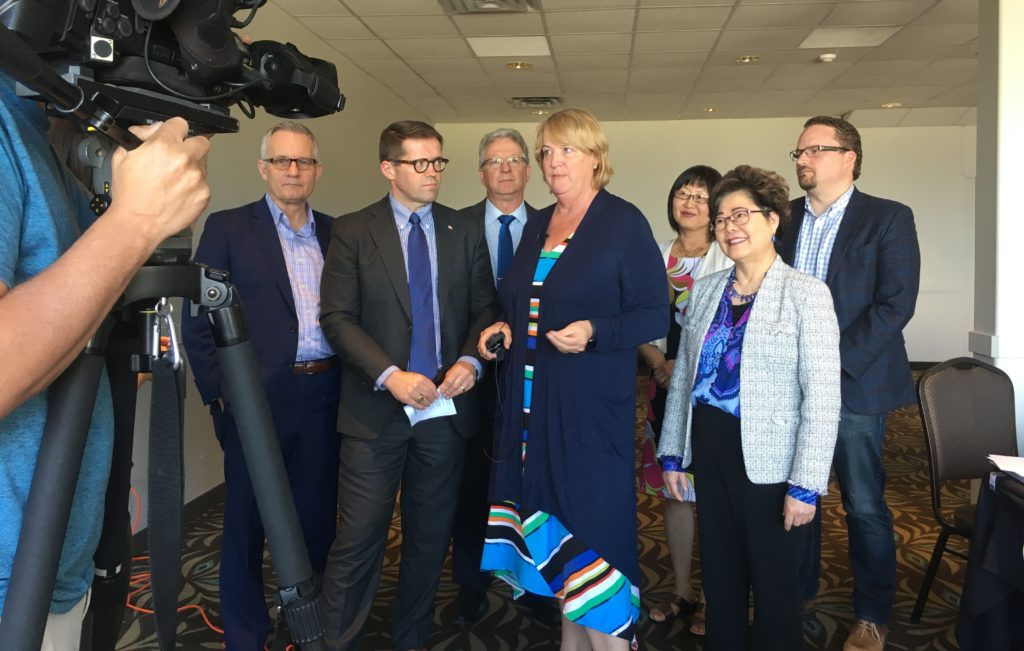 KAMLOOPS – Bob Zimmer, Member of Parliament for Prince George-Peace River-Northern Rockies and Chair of the BC/Yukon Conservative Caucus, along with his BC colleagues, are meeting with stakeholders in Kamloops today to hear their concerns and updates.

“My job as Chair of the BC/Yukon Conservative Caucus is to set up stakeholder meetings to ensure that our Members of Parliament and Senators continue to be updated on the issues that are important to the people of British Columbia,” said Mr. Zimmer. “As the Official Opposition, it is our role to keep the Liberal government held to account and these meetings are one of the ways we can consult with Canadians directly about the issues that we need to focus on. I want to thank all the stakeholders who are participating in today’s productive meetings.”

“We are also here in Kamloops to celebrate the retirement of our friend Senator Nancy Greene Raine,” Mr. Zimmer added. “While we are sad to see Nancy go, on behalf of all of BC/Yukon Caucus, I would like to wish her all the best. It has been an honour to work alongside her all of these years.”